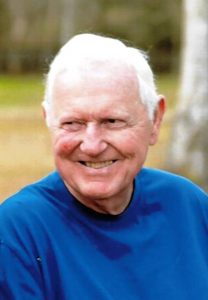 John William Odum, 72, of Darien passed away on Wednesday, September 2, 2020, at Ascension St. Vincent’s Riverside Hospital in Jacksonville, Florida, after an extended illness.

Johnny, as he was affectionately known, was born October 21, 1947 in Brunswick, son of the late Bennie Lee and Sarah Lucille Smith Odum of Darien.  He attended school in Darien until Junior High when he transferred to Brunswick.  He graduated from Glynn Academy in 1965.  Johnny attended ABAC in Tifton and received a Bachelor of Science in forest resources and a Master’s in forest resources from the University of Georgia.  In September of 1968, Johnny married his high school sweetheart, Mary Tabbott.

In addition to his parents, his brother, Ben Lee Odum, Jr., also preceded him in death.

After college, Johnny began his career in Jesup with the UGA/Wayne County Extension Service as an Assistant County Agent.  He then worked for Rayonier and ITT Rayonier as a Forester and Timber Buyer in Florida, Georgia and South Carolina for more than thirty-two years.  In his spare time, Johnny was an avid hunter, fisherman and golfer and was also a member of the Darien United Methodist Church and the Masonic Lodge #137 F&AM in Darien.  He served on the South Carolina Forestry Commission Board for many years and had been active in the Jesup Jaycees, the Jesup Elks Lodge #2133 B.P.O.E. and the Air National Guard of St. Simons Island.

Johnny will be greatly missed by many.

Services will be private.

In lieu of flowers, remembrances may be made to Darien United Methodist Church, P.O. Box 681, Darien, GA 31305.