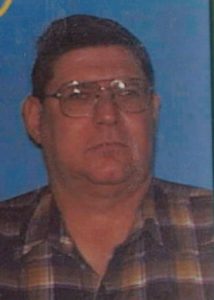 George Ernest Mosley, 74, of Harris Neck, passed away Sunday, October 11, 2020 at his home under the care of his family and Heartland Hospice.  He was born in McIntosh County where he lived nearly all his life and was retired from Altama Delta Corporation in Darien.  Ernest had an outgoing personality and never met a stranger.  He was a member of Townsend Church of God and preceded in death by his parents, Ark and Lela Groover Mosley, sisters, Minnie Rowe and Gerta Tillman, and grandson, Hunter Mosley.

Funeral services will be Tuesday, October 13, at 2 p.m. from the Townsend Church of God, with Rev. Jamie Rivera officiating.

Visitation will be one hour prior to services at the church.

Burial will follow in the Davis Cemetery in McIntosh County.