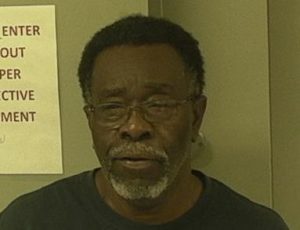 While City Police Officers were issuing turkeys for

on felony charge and no Thanksgiving turkey

As part of the Darien Police Department’s “Community Initiative”, it gave out 220 turkeys to the food bank at the Darien United Methodist Church on Thursday, Nov. 12. Also that day,  city officers were conducting customary traffic enforcement for minimum violations and rather that issuing a written citation, individuals were issued a turkey.

Darien Chief of Police Martin Williams said this is all part of the Community Police Initiative in Darien to foster better community relations, and it is something that former Chief Donnie Howard had initiated.

According to Chief Williams, officers handed out 20- to 25 turkeys to minimum traffic violators that day. One turkey citation was not issued. That traffic stop that did not go so well for former 16-year veteran McIntosh County sheriff, Charles “Chunk” Jones.

The incident report written by Officer McGowan stated that he made a stop on a brown Chevrolet Silverado on Hwy. 17 at Garrison Street in downtown Darien at 8:07 p.m. on Nov. 12, due to no working tag lights. The officer noted that the passenger side tag light was inoperable and the driver’s side appeared to be broken off and inoperable.

McGowan wrote in the report, “I made contact with the driver, Charles Jones. I requested Mr. Jones’ driver’s license and he asked, ‘Why are you stopping me?’ I advised Mr. Jones that I was stopping him for no working tag lights. Mr. Jones became argumentative and said that I had no reason to stop him. I explained to Mr. Jones that in the State of Georgia, inoperable tag lights constituted probable cause to stop a vehicle. Mr. Jones stated that tag lights were no probable cause to stop a vehicle and that I needed to do my job and catch drug heads instead of harassing him. (Until this interaction, I have never pulled Mr. Jones over for any violations, nor have I ever met Mr. Jones.) I explained to Mr. Jones that I was doing my job, because I was stopping vehicles with equipment violations.

“While speaking with Mr. Jones, dispatch advised me that the tag displayed on the truck came back to a 2019 GMC Sierra. I verified it through dispatch, and asked Mr. Jones why it came back to a different vehicle. Mr. Jones stated that it was not his problem, and that I could text the tag office to find out. I observed a tag sitting in the front passenger’s seat and I asked Mr. Jones what was that tag for. He stated, ‘For this truck.’ So, I asked him why wasn’t it displayed on the truck. Mr. Jones stated that because the other tag was on the truck too, and then he became argumentative again.”

At this point, Ofc. McGowan returned to his patrol vehicle, as Ofc. Chambers arrived on the scene. McGowan advised Chambers as to what was transpiring and that he was going to cite Jones for the tag light violation. He checked the former sheriff’s license, which came back valid and then he proceeded to type a citation for the tag light requirements. He then went to Jones’ truck to advise that he was giving him a citation (and not a turkey).

“I reached into the driver’s side window, placed the truck back into park, and then grabbed the keys and turned the truck off. Mr. Jones than open-handed slapped my hand and grabbed my arm. He then stated, ‘Get your hands out of my G– d— car.’

“I opened the door, grabbed Mr. Jones by the arm, and began to give him verbal commands to exit the vehicle. Mr. Jones would not comply with commands, so I drew my department issued taser and once again gave commands to exit, but he kept snatching away from me and not complying.

“After Mr. Jones was handcuffed, all force immediately stopped and a sheriff’s deputy was requested for transport, due to Mr. Jones stating he had medical issues and could not get into Ofc. Chamber’s patrol car.

Jones, who lost his bid for sheriff for the last four election cycle against Sheriff Steve Jessup on Nov. 3, was arrested on felony charges of obstruction on law enforcement officers and tag light requirements, and taken to the McIntosh County Detention Center. He was later released by a judge on his own recognizance.

Judges issue order to close McIntosh courts for a week