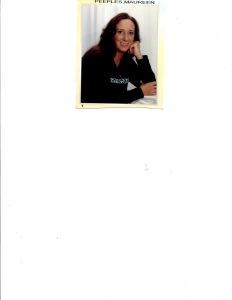 Maureen Ann Peeples lost her battle with cancer on February 27, 2021. A private service will be held at a later date.

Maureen resided most of 40 years in Darien. She left behind four children, Andrew Westcott (Kelly) of Virginia, Neal Peeples, Kevin Peeples (Whitney) and Tara Ericksen (Jacob), all of Darien/Townsend.

She had 10 grandchildren that referred to her as “Mo-Mo”.

Maureen is also a sister to six siblings, most of which reside in Colorado, along with several nieces and nephews. She is survived by her parents, Patricia Westcott of California and James Bates of Colorado.

Anyone who knew Maureen knew she loved her plants and flowers. So instead of donations, the family asks that you plant something in her memory this spring.