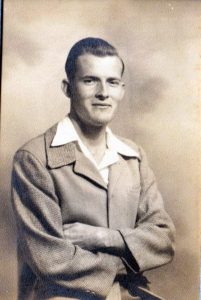 James was a lifelong resident of Darien, Georgia, the son of the late William Riley Collins and the late Georgia Allice Mosley Collins. He was also preceded in death by his loving wife, Ada Naomi Collins; a son, James Benjamin Collins Jr; two of his sisters, Thelma Phillips and Bertha Mae Hawthorne; and one brother, William Charles Collins Sr.

James was a member of Darien Church of God and a humble man that never met a stranger. He was a truck driver and also a commercial fisherman. He was the Captain and owner of his own shrimp boat. He always had a green thumb and enjoyed working in his garden. He also loved his family and enjoyed spending time with them and his friends. He will be missed by all who knew and loved him.

The family will receive friends Wednesday evening, April 7, 2021, from 6 p.m. until 8 p.m. at Edo Miller and Sons Funeral Home. Funeral services will be held at 2 p.m. on Thursday, April 8, 2021, at Darien Church of God with Rev. Tommy Whaley officiating.

In lieu of flowers, please make memorials to the Darien Church of God.

Edo Miller and Sons is in charge of the arrangements. You may sign the register book and leave condolences for the family at www.edomillerandsons.com