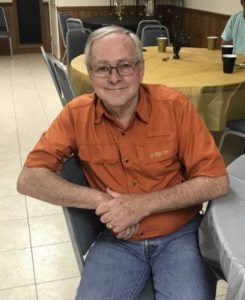 Dave’s children will be holding a memorial service on Saturday, April 17, 2021, from 4 to 6 p.m. at Sweet Tee’s Snack Shack on Hwy 251 in Darien, GA, with Rev. Tommy Whaley and Hank Griffin officiating.

Dave was born October 30, 1948. He is preceded in death by his parents and one brother.

Dave served in the United States Marine Corps during Vietnam War from 1966-1970. In 1972, Dave moved from Topeka, Kansas to Darien, Georgia, where he called home for the last 49 years. Dave was a man of many trades from mechanic to construction. “We like to call him Superman”.

He was a perfectionist, but most importantly he had a big heart and would do anything for anybody and loved his family very much. He will be missed by many.