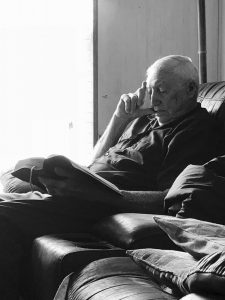 Roy Mason Ryals Sr., 87, of Townsend died Wednesday, April 28, 2021, at his residence under the care of his family and Hearth Hospice and on his 63rd wedding anniversary.

He was a native and lifelong resident of McIntosh County and retired from Union Camp, after more than thirty years of service.  A family man and avid outdoorsman, he enjoyed hunting, fishing, and gardening and attended Eulonia Church of God of Prophecy.

Funeral services will be Saturday, May 1, at 2 p.m. at Townsend Church of God, with Rev. Jamie Rivera, and Rev. Danny Stilwell officiating.  Burial will follow in the Davis Cemetery in Long County.

Visitation will begin at 6 p.m. on Friday, April 30, at the Ryals residence on Leonard Ryals Road, NW, in Townsend.