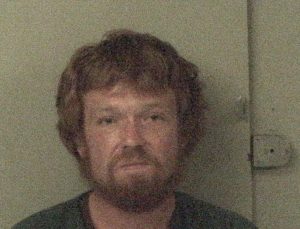 Two kayakers paddling in Cathead Creek in the area of Dunwoody Plantation subdivision found the body of a man floating in the river late on Tuesday morning, April 27. They notified 911 and the McIntosh County Office of the Sheriff and the Georgia Department of Natural Resources recovered the body that afternoon.

During that afternoon, this reporter went to the Darien waterfront to determine if law enforcement had recovered the body and stopped to speak to three men who acknowledged they were waiting for the body to be recovered.

One man, who was later identified as Earle Hunter Rowland IV, said he had last seen Cassick on Thursday, April 22. He said Cassick stayed at a relative’s house and when they had not seen him for several days, they reported him missing on Saturday.

Another man, who is in the landscaping business, said Cassick, who was formerly from New York, as the best employee he had ever had.  The third man said he had been a friend of Cassick’s for many years and he was a good, kind man.

By late Wednesday afternoon, April 28, Col. Lowe reported Rowland, age 31, of 1105 Spaulding St., Darien, had been arrested on a charge of concealing the death of Cassick.

Monday evening, May 3, Col. Lowe reported Rowland had been charged with malice murder.

According to Col. Lowe, “The preliminary investigation revealed that Cassick and Rowland departed together from Skipper’s Landing on a 13’4” camouflaged Jon boat at approximately 3 p.m. on April 22, only to have Rowland return to the landing after 5 p.m. without Cassick.”

The investigation is continuing by the McIntosh County Office of the Sheriff and more charges will be forth coming, Col. Lowe said.

Big Food Give Away on Thursday, May 13