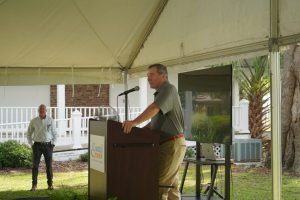 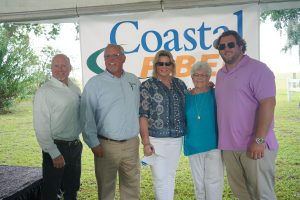 Officials announced the formation of a new broadband provider in Southeast Georgia, Coastal Fiber, Inc., which will offer high-speed internet service to 16,000 homes and businesses in Liberty, Bryan and Long counties.

This project will include a capital investment of nearly $40 million by Coastal Electric and partner Darien Communications to build a fiber network that will be leased to the cooperative’s broadband affiliate, Coastal Fiber, Inc., to provide retail broadband service. The project will begin immediately with plans to complete phase one in four years, with the first customers connected as early as 2022.

“Today’s announced broadband project by Coastal Electric Cooperative will have a significant impact on hard-working Georgians by providing new job opportunities, improved education tools, access to telemedicine, and more,” said Governor Kemp. “I know this project will have a direct impact on the lives of Southeast Georgians by ensuring they have access to reliable, high-speed internet. This is yet another great result of Senate Bill 2, which I signed into law in 2019, which authorized EMCs to provide broadband service. SB 2 is doing exactly what it was intended to do: encourage EMCs and community leaders to work together to close the gap on the digital divide in our state.”

“In a 21st century economy, the ability to access high-speed broadband is incredibly important particularly in rural areas of our state,” said PSC Commissioner Tim Echols. “At the Public Service Commission, we’ve made expanding broadband access a priority, and it’s encouraging to see Coastal Electric and our state’s EMCs continue to show leadership in this area.”

“Our community deserves access to the tools that help our residents and businesses successfully participate in today’s economy,” State Rep. Al Williams said. “Thanks to Coastal Electric and Darien Communications for making broadband a reality in this area.”

“I’m grateful for Coastal’s investment in our communities,” said State Rep. Buddy Deloach. “Coastal was a pioneer more than 80 years ago when they provided electricity to our rural area when others would not. With this announcement, they have repeated their commitment to our region by bringing high-speed internet so we can participate in today’s online world.”

“Today is truly an exciting day for our community,” said Coastal Electric Cooperative CEO Chris Fettes. “This marks the beginning of new era for our members who have long awaited high-speed internet service. The launch of Coastal Fiber, Inc. will finally make it possible for homes and businesses in this region to have access to critical broadband service.”

Coastal Electric Cooperative is a member-owned electric membership cooperative that provides electricity and related services to more than 21,000 homes and businesses in Bryan, Liberty, Long and McIntosh counties.

Listening session about Eulonia and Briar Patch Parks is July 29