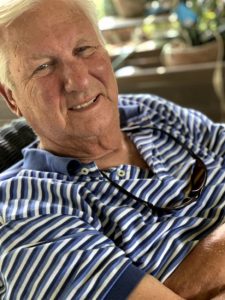 Richard Edmond Hamlin, 76, of Brunswick, Georgia, passed away Thursday morning, 2nd of September 2021 at his residence.

Richard was born on the 17th of November 1944 in Macon, GA and was preceded in death by his parents, Richard Edmond and Mary Newberry Hamlin.

He graduated from GA Southwestern College with a degree in business.  Richard was founder and former owner of Rental Concept in Macon, GA for 34 plus years.  He was also a previous member of the Macon Rotary Club and Lizella Lions Club.  He was a member of Morgan’s Chapel United Methodist Church.

Visitation is to be held 10:30 AM – 11:30 AM at Morgan’s Chapel United Methodist Church in Townsend, Georgia on Friday, the 10th of September 2021, followed by a celebration of Richard’s life at 11:30 AM where Dr. Wright Culpepper will officiate.

In lieu of flowers, contributions may be made in Richard’s honor to Hospice of the Golden Isles, 1692 Glynco Parkway, Brunswick, Georgia 31525 or to Morgan’s Chapel United Methodist Church in Townsend, Georgia.

Arrangements have been entrusted to Edo Miller and Sons Funeral Home and Oglethorpe Crematorium in Brunswick, Georgia. www.edomillerandsons.com