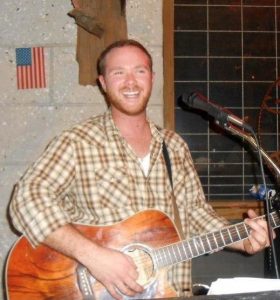 Born in Brunswick, he lived in McIntosh County most of his life. He was a US Marine, having served a tour in Iraq and was a vehicle instructor.  He was currently employed as an electrician with MC Dean Company.  A musician and singer, he was a noted local entertainer and had been a recreation league coach.

Courson was a loving husband, father, son, brother and friend and was an avid Georgia Bulldog fan.  He attended Crescent Baptist Church.

Private family services will be held at Crescent Baptist Church.

Celebration of Life will be held Saturday, September 11, beginning at 5:30 p.m. at Breezy Bluff in Sapelo Gardens.