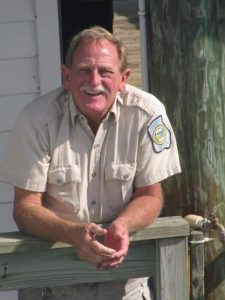 He was born June 8, 1946 to Mercer and Mary Kirkland Maund and lived in this area most of his life. James was a 1964 graduate of Glennville High School and attended Georgia Military College. He was employed with Rotary Corporation in sales, was Vice President of Duramatic Products and a former Fire Chief for the City of Glennville.

He was a member of the Philadelphia Masonic Lodge #73 serving as a two time Worshipful Master and former District Deputy to the Grand Master. James was a certified light house keeper and preformed routine maintenance pm the Sapelo Lighthouse. He was also a certified commercial boat captain, operating the Sapelo Ferry on occasion and loved shrimping and spending time at the coast.

He had a joyful personality that lit up any room and he loved to laugh, play pranks and tell stories to everyone. James was a member of Glennville First Baptist Church and is preceded in death by his parents and his daughter, Jane Maund Mobley.

Social distancing of three feet due to COVID-19 will be enforced and masks are asked to be worn on all services.

Care and services are entrusted to Brannen Kennedy Funeral Home of Glennville, Georgia