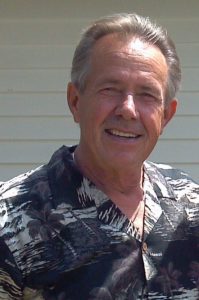 Jerry Wayne Tate, 75, of Darien, departed this life, Saturday, March 12, 2022, at Hospice of the Golden Isles.  A memorial service will be held on Saturday, April 30, at 2 p.m. at St. Andrew’s Episcopal Church, with Father Bill Barton officiating. Burial will follow at St. Andrew’s Cemetery. Then, a reception will be held at the Parish Hall.

Born November 23, 1946 in Johnson City, Tennessee, to the late Jerry James and Merle Inez M. Tate, he had been a resident of Darien since 1999.

He served as organist for St. Andrew’s and St. Cyprian’s Episcopal Churches. He performed at the Jekyll Island Club and The Cloister Hotel, and was a member of the Four & Easy Plus One band. He was multi-talented, playing by ear and reading music and could make any instrument sound great.   Mr. Tate enjoyed gardening, and DIY projects.  He also enjoyed helping others where needed.

Survivors include a daughter, Elizabeth Ellen England of Heiskell, TN; two sisters, Shirley Boggs of Brunswick and Carolyn Duncan of Homer, GA; a niece, Cheri Jordan; as well as several other nieces and nephews.