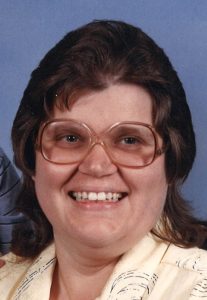 Born in Savannah, she lived in McIntosh County most of her life.  She retired from Walmart as an Accounts Clerk after 33 years of service.  A homemaker, she enjoyed working in her flowers and was a loving wife, mother, and grandmother.  She attended Eulonia Church of God of Prophecy and was preceded in death by her husband, Eddy Ryals.

Arrangements were under the direction of Howard Funeral Home of Ludowici.