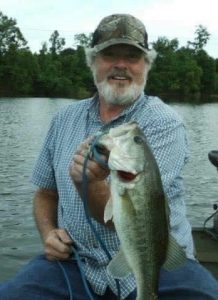 Born at Ft. Stewart, he grew up mostly in North Carolina and lived in McIntosh County most of his life.  He worked for Union Camp for over fourteen years and retired from the McIntosh County Road Department after twenty-seven years of service.  He enjoyed hunting, fishing, and time spent in the mountains as well as time spent with family, especially his grandchildren.  He was a member of Glory Worship Center in Darien where he was an ordained evangelist, serving over twenty-seven years and was preceded in death by his son, Jeremiah Cox, parents, Bob and Mary Wallace Cox, and brothers, Gary Cox and Stevie Cox.

Funeral services will be Saturday, June 18 at 11 a.m. at Glory Worship Center. with Dr. Lee Brandt officiating.  Visitation will be one hour prior to services at the church.

Active pallbearers will be the deacons of Glory Worship Center.