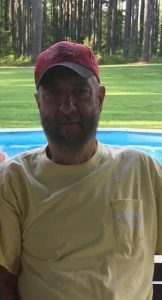 Dale Stafford Horne, 69, of Ludowici, passed away Sunday, November 13, 2022, under the care of his family and GHC Hospice.

A native and lifelong resident of Long County, he was a retired papermaker from Interstate Paper in Riceboro, after 41 years of service.  An avid outdoorsman, he enjoyed hunting and fishing but especially enjoyed hunting arrowheads.  He was a member of First Baptist Ludowici and was preceded in death by his parents, Walter L. “Buck” and Clarice Stafford Horne, and brother-in-law, Jerry Stapleton.

Visitation will be Tuesday, November 15 from 5-8 PM at Calvary Baptist Church in Ludowici.

Funeral services will be Wednesday, November 16, at 11 a.m. at Calvary Baptist Church.  Burial will be in Baggs Cemetery.

Honorary pallbearers will be fellow retirees of Interstate Paper.

Remembrances are suggested to St. Jude’s at stjude.org.