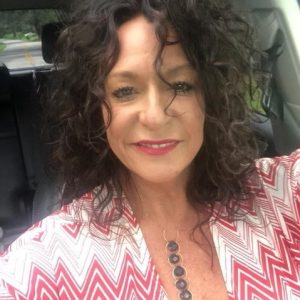 Marcy Human Goodyear of Darien, Georgia, beloved daughter, loving sister and friend to so many, went home to her Lord on January 11, 2023.

Marcy was born July 13, 1971 in East Point, Georgia, before moving to Albany, Georgia in 1974. She attended Westover High School in Albany, GA, and then Valdosta State University in Valdosta, Georgia, where she was a proud member of the Psi Lambda chapter of the Chi Omega Fraternity.

After living many years in Albany, Marcy found her way to the coastal town of Darien, Georgia in 2009. She quickly became friends with so many and made Darien her home.

Marcy loved traveling, spending time with family and friends, her work with her wonderful family at Skipper’s Fish Camp, and her time as a City Council Woman with the City of Darien.

Marcy was so much more than a friend to so many people. She was known to many as “Aunt Marcy”, “Grandma Marcy”, and even “Mama Marcy”. She cherished each of those terms of endearment, but was quick to remind everyone that she was certainly not old enough to be any of them.

Marcy was truly selfless and had a heart of pure gold. Her smile was infectious, and she never met a stranger. Marcy’s light shined so brightly and her genuine love for people was a gift to everyone.

Marcy is survived by her mother, Joan Human of Albany, Georgia; her brother Todd (Michelle and Kelsey) Human of Columbus, Georgia; her Goddaughter Ruby Jean Karwacki of Darien, Georgia; and her favorite canine Murphy Goodyear.

Marcy is preceded in death by her father, Larry Dillard Human of Albany, Georgia.

Fond memories and expressions of sympathy may be shared at www.edomillerandsons.com for the Goodyear family.