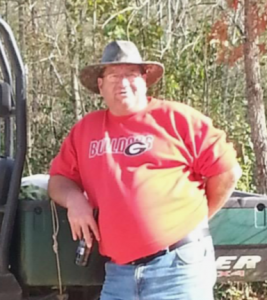 Ralph Henry Mathews, 61, of Darien, GA died on Tuesday, January 17, 2023, at Hospice of the Golden Isles in Brunswick, Georgia. B

Born on October 30, 1961, to the late Ralph and Carolyn Mathews in Winter Haven, Florida, he married Sharon Martin on February 8, 2014, at Skipper’s where he proposed.

Ralph was preceded in death by his son, Christopher Mathews; and a brother, Johnny Mathews.

In lieu of flowers, remembrances may be made to Hospice of the Golden Isles.

A Celebration of Life will be held on Saturday, January 28th, 2023, at 11 a.m. at Brunswick Memorial Park Funeral Home.